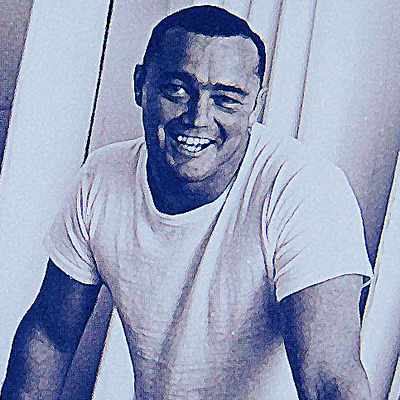 Greg Noll, nicknamed “Da Bull” by Phil Edwards in reference to his physique and way of “charging” down the face of a wave, is an American pioneer of big wave surfing and is also acknowledged as a prominent longboard shaper. Noll was a member of a US lifeguard team that introduced malibu boards to Australia around the time of the 1956 Melbourne Olympic Games. Noll also produced a “legendary”series of 5 Search for Surf movies.

Noll was born in San Diego, California. At the age of 3, Noll moved with his family to Manhattan Beach, California. Noll began surfing age 11 in the South Bay, he was a member of Manhattan Beach Surf Club where he learned board shaping from Dale Velzy. Noll was a member of the Los Angeles County Lifeguards and competed in paddleboarding. Noll developed his big wave surfing in Palos Verdes at breaks like Lunada Bay. He moved to Hawaii in 1954, where he finished high school, and lived and surfed at Makaha.

Noll became known for his exploits in large Hawaiian surf on the North Shore of Oahu. He first gained a reputation in November 1957 after surfing Waimea Bay  in 25–30 ft surf when it had previously been thought impossible even to the local Hawaiians. He is perhaps best known for being the first surfer to ride a wave breaking on the outside reef at the so-called Banzai Pipeline in November 1964.

Noll states, “I caught at Outside Pipeline that day walled up twenty-five-feet high about half a mile in front of me. It broke to the left, so I was riding with my back to the wave, goofyfoot, and it was a god-awful uneasy feeling. Instead of getting smaller as I rode it, the sonofabitch grew on me. It got bigger and bigger, and I started going faster and faster, until I was absolutely locked into it. I felt like I was on a spaceship racing into a void. At first, I could hear my board chattering across the face of the wave in a constant rhythm. As my speed increased, the chattering noise became less frequent. Suddenly there was no noise. For about fifteen or twenty feet, I was airborne. Then I literally was blown off my board.”

It was later at Makaha, in December 1969, that he rode what many at the time believed to be the largest wave ever surfed. After that wave and the ensuing wipeout during the course of that spectacular ride down the face of a massive dark wall of water, his surfing tapered off and he closed his Hermosa Beach shop in the early 1970s. He and other surfers such as Pat Curren, Mike Stang, Buzzy Trent, George Downing, Mickey Munoz, Wally Froyseth, Fred Van Dyke and Peter Cole are viewed as the most daring surfers of their generation.

Noll is readily identified in film footage while surfing by his now iconic black and white horizontally striped “jailhouse” boardshorts.

The surfing exploits of Noll and other big wave legends were chronicled in the documentary “Riding Giants”. Noll (with Laird Hamilton and Jeff Clark) also provides his entertaining perspective on Hawaiian big wave surfing that is indexed as a commentary track found in the “Riding Giants “DVD.

Having shaped surfboards since his youth, and having founded his own surfboard business in the 1950s which reached a high level of commercial success; Noll changed to two decades of commercial fishing, the resurgence of longboards brought Noll back to resume shaping and organize events. Today Noll lives in Hiouchi, California with his wife and shapes re-creations of some of the historic boards from the sport of surfing. Some of these are: Olos and Alaias, a replica of a Duke Kahanamoku board, Malibu Chips, Guns, Da Cats, Pacific System Homes and others.

Knoll Surfboards
Shopping cart
There are no products in the cart!
Continue shopping